SpikeTrade.com was created in 2008 by Dr. Alexander Elder and Kerry Lovvorn to help serious traders improve their trading results. From the beginning, its goal has been to provide education, research and interaction for serious traders. 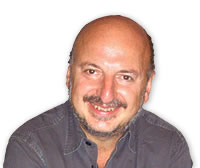 Dr. Alexander Elder is a private trader and a teacher of traders based in New York City. He is the author of several international best-sellers:

Dr. Elder was born in Leningrad and grew up in Estonia, where he entered medical school at the age of 16. At 23, while working as a ship’s doctor, he jumped a Soviet ship in Africa and received political asylum in the United States. He worked as a psychiatrist in New York City and taught at Columbia University. His experience as a psychiatrist provided him with unique insight into the psychology of trading. Dr. Elder is the originator of the Spike group and of Traders’ Camps - week-long intensive courses for traders. Dr. Elder is an active trader, co-manages SpikeTrade.com, and is a sought-after speaker at conferences in the US and abroad. 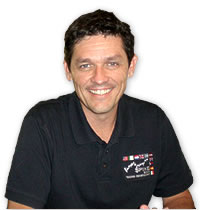 Kerry Lovvorn was born in Chicago and grew up in Alabama, where he started his own steel company at the age of 23. After becoming interested in financial trading, he attended two Traders’ Camps and became one of the early members of the Spike Group. Kerry applied his remarkable ability to organize information and focus on the decision-making to trading. One of his trading methods was featured in the book Entries & Exits.

His method for placing stops was described in the book Sell and Sell Short. In addition to being an active trader, Kerry co-manages the Spike group and helped develop Trade Journal trade-management software. Kerry was a Guest Instructor in three Traders’ Camps: Cyprus 2007, Caribbean 2008, and Macao 2008. He also provides personal consulting for traders.